Copenhagen, which is the capital of Denmark is another city that I hadn't visited in over 20 years since I was a post college graduate backpacker.  Copenhagen is a wonderful Scandinavian city in the tiny country of Denmark. This beautiful city features a little for everyone and is fairly compact and pedestrian friendly.  Copenhagen is smaller than Stockholm, but definitely larger than Helsinki.  In comparison to Helsinki there was much more action downtown, including many famous restaurants, shops and street musicians.  In fact, Copenhagen is known for having the finest dining in all Scandinavia, including the most Michelin starred restaurants. 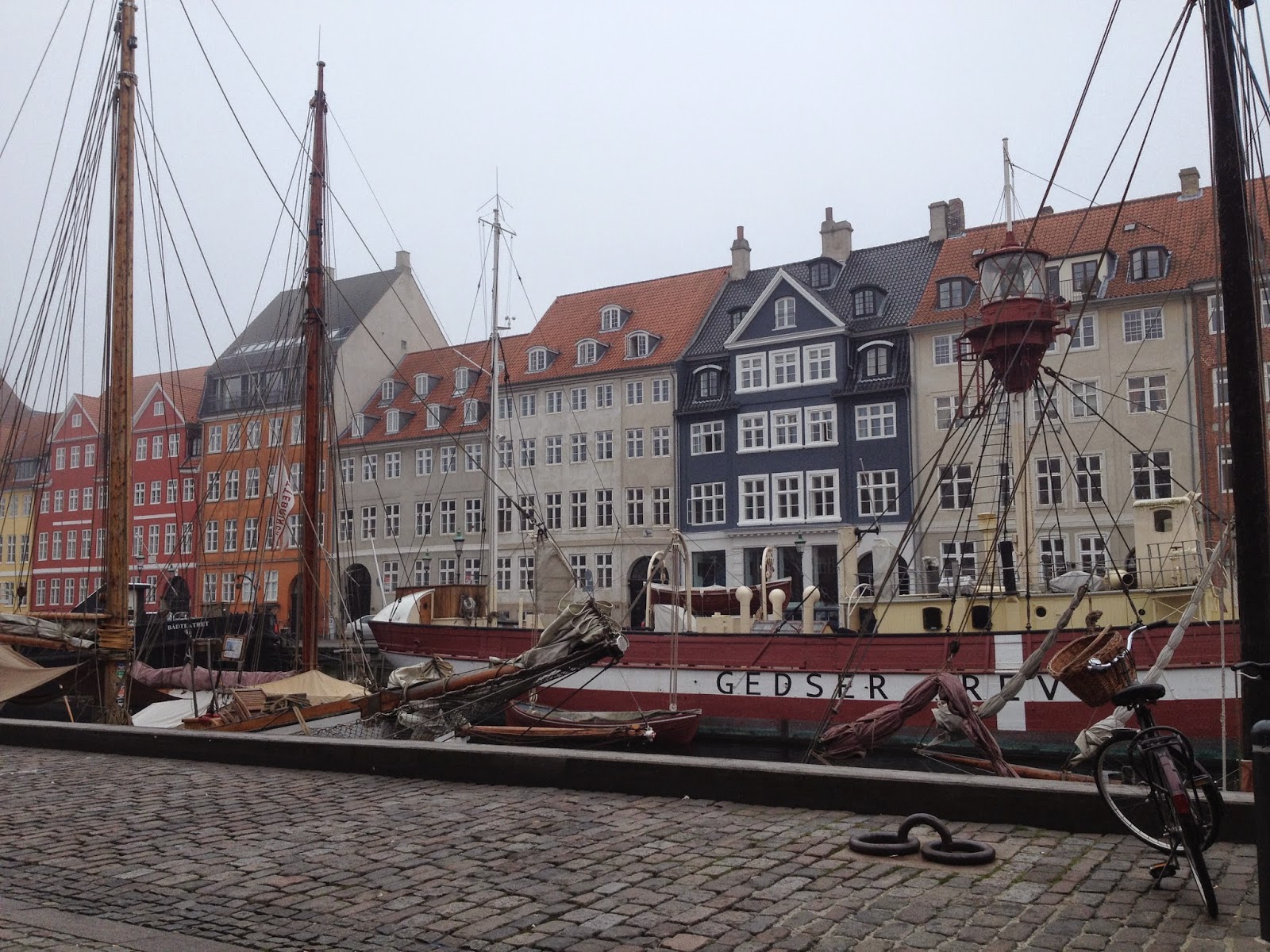 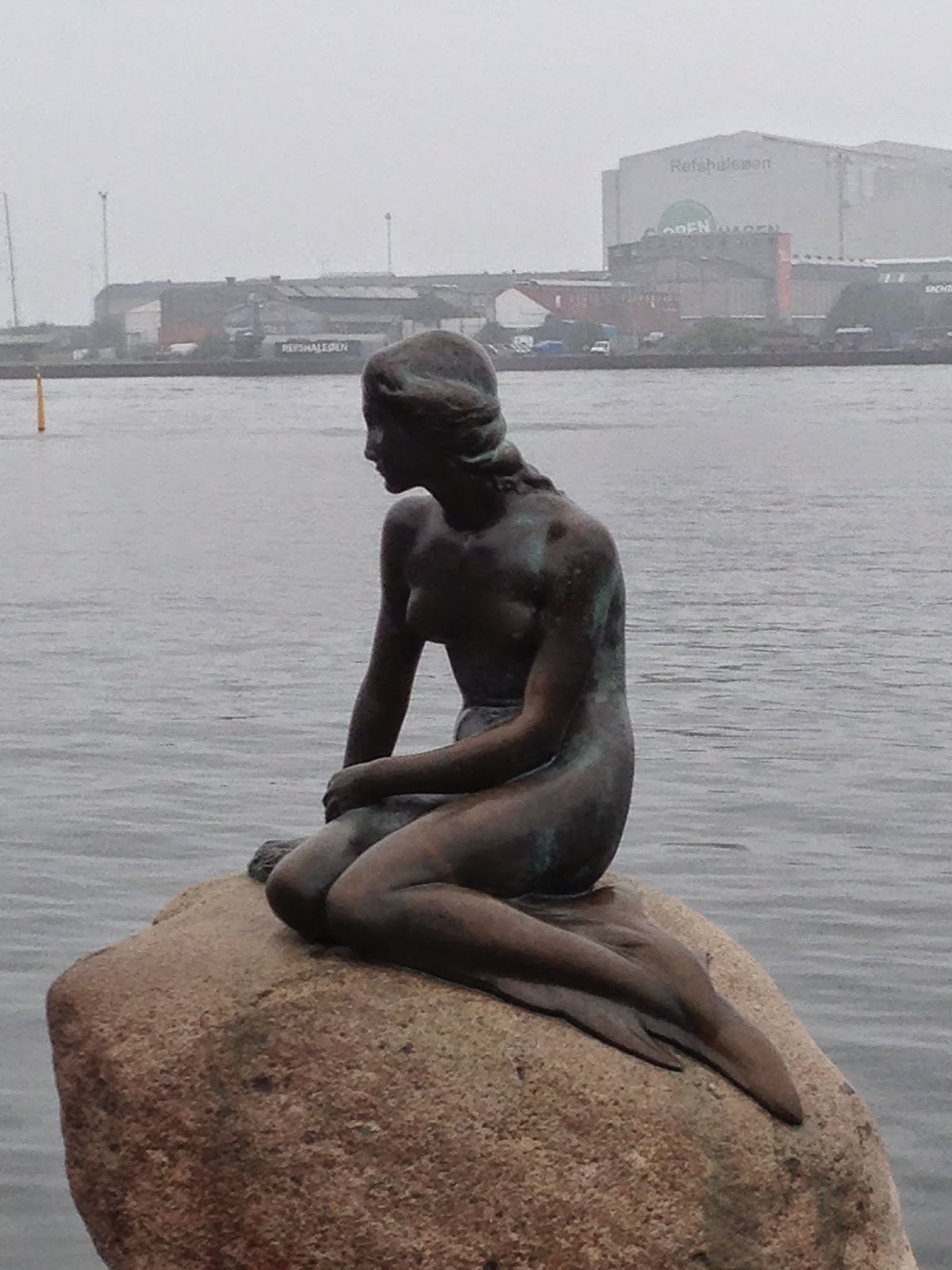 During our brief stay we walked around the city, focusing on the touristic center.  We strolled down to the harbor to see the famous Little Mermaid statue based on the story from Hans Christian Anderson.  This statue has gained status as the most recognizable monument in all of Copenhagen and Denmark.  The area was full of tourists snapping pics at breakneck speed.  The Mermaid will always get her share of attention.  Later, we walked over towards what is perhaps the most famous church in Copenhagen, "Church of our Saviour".  This church is unique in that you can climb up to the top of the tower which features a unique outside staircase with only brass rails stopping you from plunging down almost 300 feet to the ground.  I decided to climb up on my own and enjoyed the scenic views of the city from the outside staircase.  I am glad it wasn't windy that day while I walked the final 150 of 400 total steps to reach the top.


Perhaps the most interesting but controversial site we visited during our stay was the area called Freetown Christiana.  This little (84 acres) self proclaimed autonomous area was started by hippies in the early 1970s.  There are many artists, shops, food vendors and housing units here.  Around 800 people actually live here, but their claim to fame is that they live by their own rules.  This means that marijuana is sold and smoked here out in the open. Marijuana is not legal in Denmark, but it seems that it is highly tolerated in Christiana.  When we walked through, we noticed that probably 75% of the people here were either purchasing or smoking it.  It felt a bit like walking through Amsterdam's seedy red light district or Telegraph Avenue in Berkeley, California.  I won't get into the politics of this place, but it was definitely an interesting site.

Overall my impressions of Copenhagen were very good.  This liberal and free spirited city is Scandinavian in appearance but feels a bit more closely related to the Netherlands in tolerance and culture.  I feel and after talking to a local that even semi-liberal Stockholm, Oslo and Helsinki are not as progressive as Copenhagen.  It was pleasant to explore this city again after 21 years since my backpacking days.  I have now visited all 5 Scandinavian capitals in the last decade.  They all have their charms and interesting sites.  I would definitely put Copenhagen towards the top of the list as it seems there is much to offer for everyone here. So, it is another city that I highly recommend to any traveler looking for Scandinavian exposure. Allow yourself  at least 2-3 days to see the city non-rushed.

markcat
Clayton, CA, United States
Adventures, tribulations and ramblings of a native Californian from the San Francisco Bay Area who moved with his family to the Helsinki area of Finland.